The 4th annual project meeting took place on 9-10th October 2019 in Dublin at the premises of the Global Brain Health Institute at Trinity College.

We are grateful to our wonderful speakers who attracted attention of the public with their talks about:

Check out our results so far! 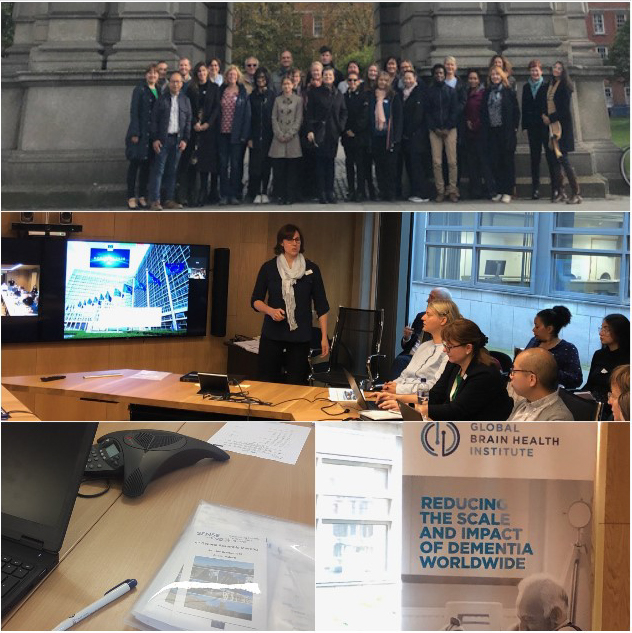 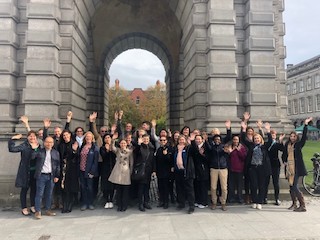 The annual SENSE-Cog project meeting took place in Nicosia, Cyprus on 24-25 October 2018. It was a fruitful and productive event showing the progress in all work packages. Thank you all being present and participating actively to the meeting!

The next H2020 SENSE-Cog project Public Engagement Event “Fighting Dementia: The SENSE-Cog European initiative for professionals and families” will take place on Friday 26th October at University of Cyprus in Nicosia.

GTM on 3-4 May 2018 is hosted by our partner Katholische Hochschule Freiburg GGmbH (CUF) in Freiburg, Germany.

organized in the Institut Claude Pompidou in Nice, France on 6-7 April 2017.

The first SENSE-Cog public event taking place at the premises of CUH in Nice on 5th April 2017 was a real success.

The Q&A session after the seminar presentations engaged directly with the audience, patients and carers particularly, really enjoyed speaking to Iracema Leroi and Piers Dawes while Renaud David translated live. It turned out really great! 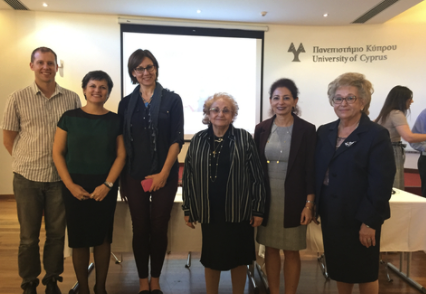 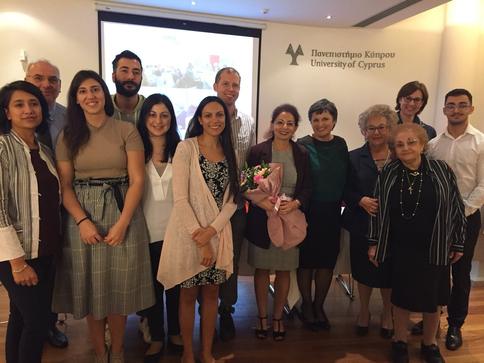 SENSE-Cog has received funding from the European Union’s Horizon 2020 research and innovation programme under grant agreement No 668648.

Close Menu
We use cookies on our website to give you the most relevant experience by remembering your preferences and repeat visits. By clicking “Accept All”, you consent to the use of ALL the cookies. However, you may visit "Cookie Settings" to provide a controlled consent.
Cookie SettingsAccept All
Manage consent

This website uses cookies to improve your experience while you navigate through the website. Out of these, the cookies that are categorized as necessary are stored on your browser as they are essential for the working of basic functionalities of the website. We also use third-party cookies that help us analyze and understand how you use this website. These cookies will be stored in your browser only with your consent. You also have the option to opt-out of these cookies. But opting out of some of these cookies may affect your browsing experience.
Necessary Always Enabled
Necessary cookies are absolutely essential for the website to function properly. These cookies ensure basic functionalities and security features of the website, anonymously.
Functional
Functional cookies help to perform certain functionalities like sharing the content of the website on social media platforms, collect feedbacks, and other third-party features.
Performance
Performance cookies are used to understand and analyze the key performance indexes of the website which helps in delivering a better user experience for the visitors.
Analytics
Analytical cookies are used to understand how visitors interact with the website. These cookies help provide information on metrics the number of visitors, bounce rate, traffic source, etc.
Advertisement
Advertisement cookies are used to provide visitors with relevant ads and marketing campaigns. These cookies track visitors across websites and collect information to provide customized ads.
Others
Other uncategorized cookies are those that are being analyzed and have not been classified into a category as yet.
SAVE & ACCEPT
Translate »